As 2017 is slowly but surely coming to an end and almost all the planned shots are shot (let alone for a my alpine winter trip with Philipp Lutz on the 26th) I think I can offer a retrospective on some of the events and draw a summary.

Reading up on what plans I had outlined in my last retrospective I can at least say that some the ideas were actually put into deed. The Iceland trip with Jonas Piontek turned out to be a very productive and also incredibly funny trip even though we did put up with sleep deprivation and bad weather. Also my 3rd trip to Japan and the Scotland trip were, despite the bad weather conditions in both cases, very humbling experiences showing me the limitations of what adversity can be overcome and taught me some humility and lifted my frustration bar for further ventures to come. Additionally even though my Iceland Workshop did not happen due to late cancellations I was able to visit the Alps, Ireland, Belgium and Norway  this year. All in all I was shooting more than ever before and was able to recuperate most travel costs. Also I held more short one day workshops, improved my teaching and presentations in the process.

And last but not least I was able to find the time to get my Podcast off the ground which so far seems to raise some interest with people.

So what are my favorite shots of the year and why? Let’s see. 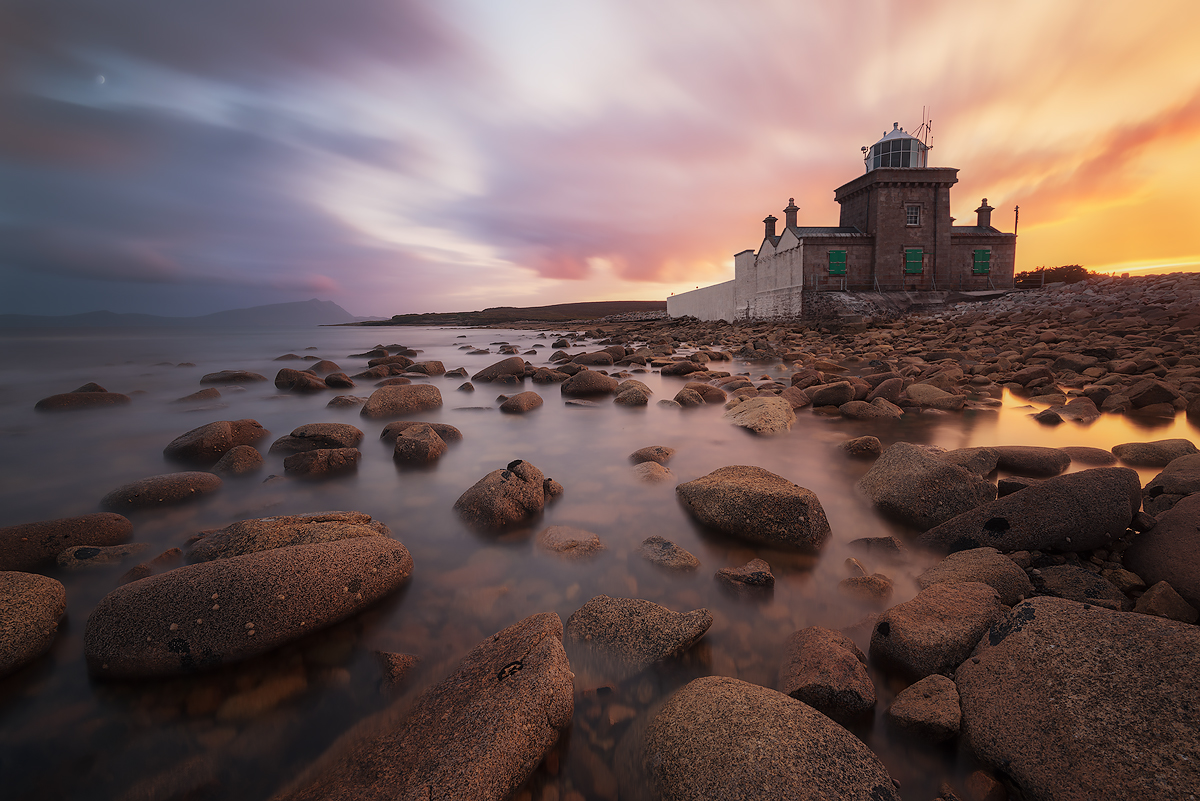 #10 Ireland was probably the most productive trip I did this year. So there are multiple images from that wonderful island in the run here. This shot is on here because it turned out so much better than I had anticipated when the sunset colors started to mingle with twilight and the moon peaked out in between the clouds as well. I love it when a shot comes together. 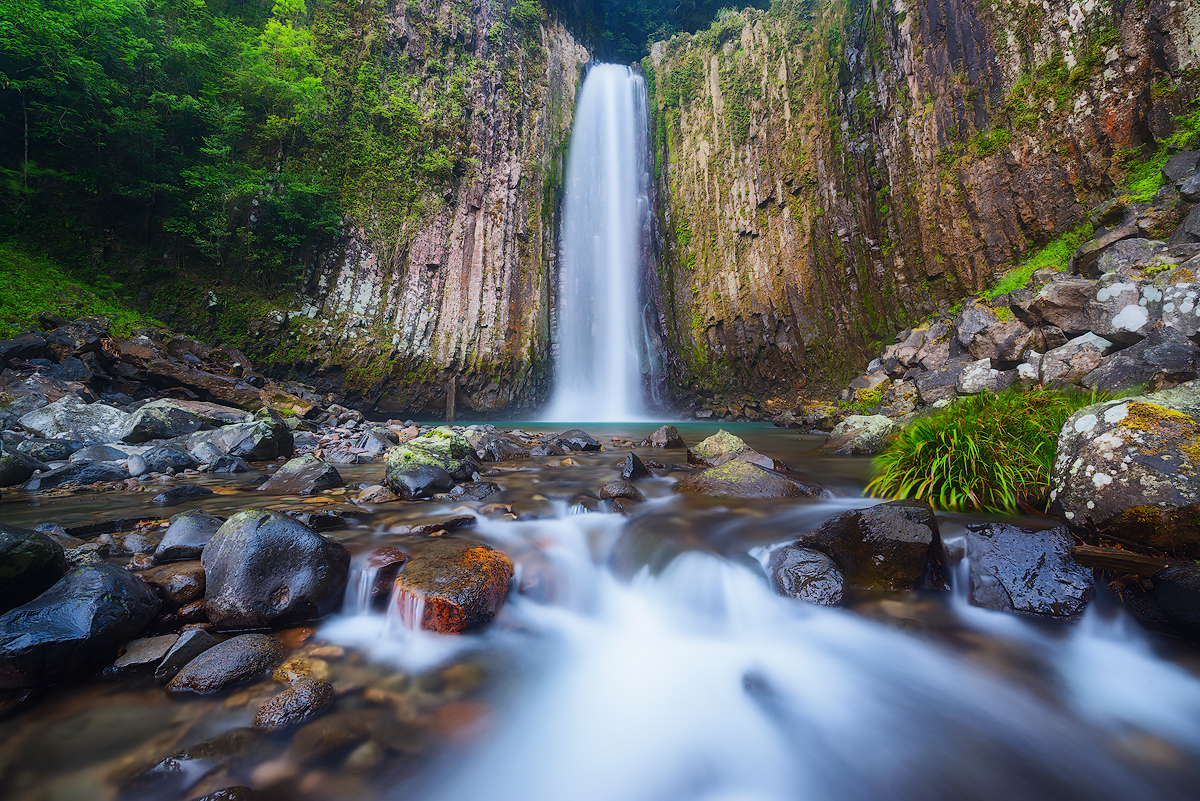 #9 This shot from Japan makes it on the list because it is one of the few planned shots from the trip. Also because this waterfall was one of the most interesting waterfalls I have shot so far and Philipp and I spent a good day at the location trying all sorts of compositions and went down into the valley a couple of times in different light to get shots of all the different light situations. I feel like even though the spot offered quite a few approaches the classic far near composition in the stream takes the cake. 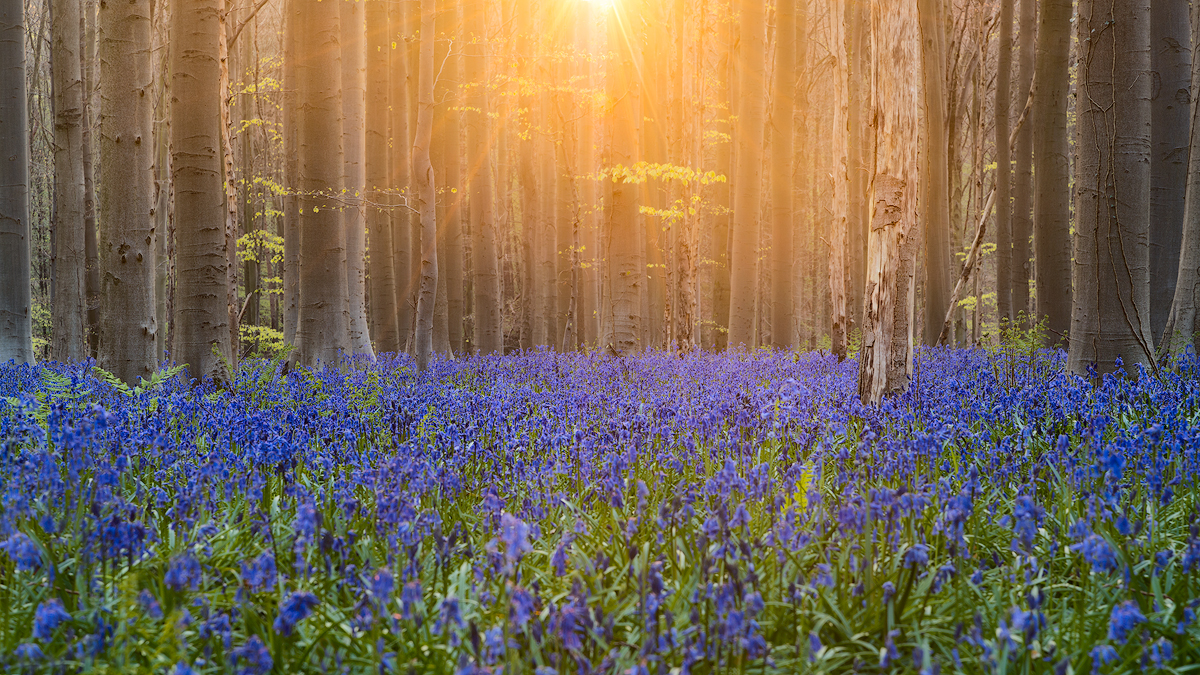 #8 Belgium’s Hallerbos wasn’t even planned to beginn with but rather a spontaneous trip with my friend Tino. Originally we had other locations in mind, but since the time was right before the peak of the blue bells we ditched our original plans and went to Belgium instead. It was a fun short trip and I always wanted to get a good shot of the place with the sun in the frame. Guess sometimes unplanned things can work out as well. 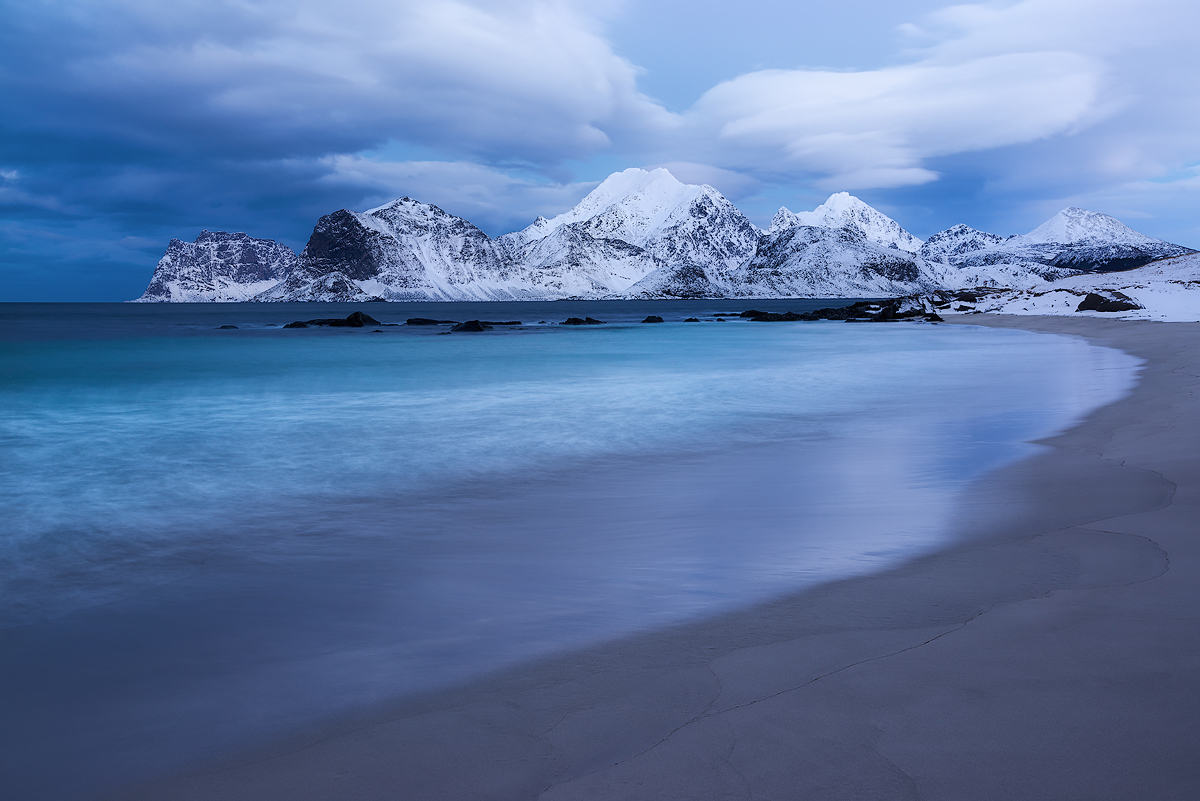 #7 The first of my shots from Norway and everyone who knows me might also know that I have a weak spot for blue hour shots and the gentle light that that time of day offers. With the lenticularis clouds above the mountains and good company by my buddy Jonas and none other than Cody Duncan it was a pretty chatty and successful shooting. 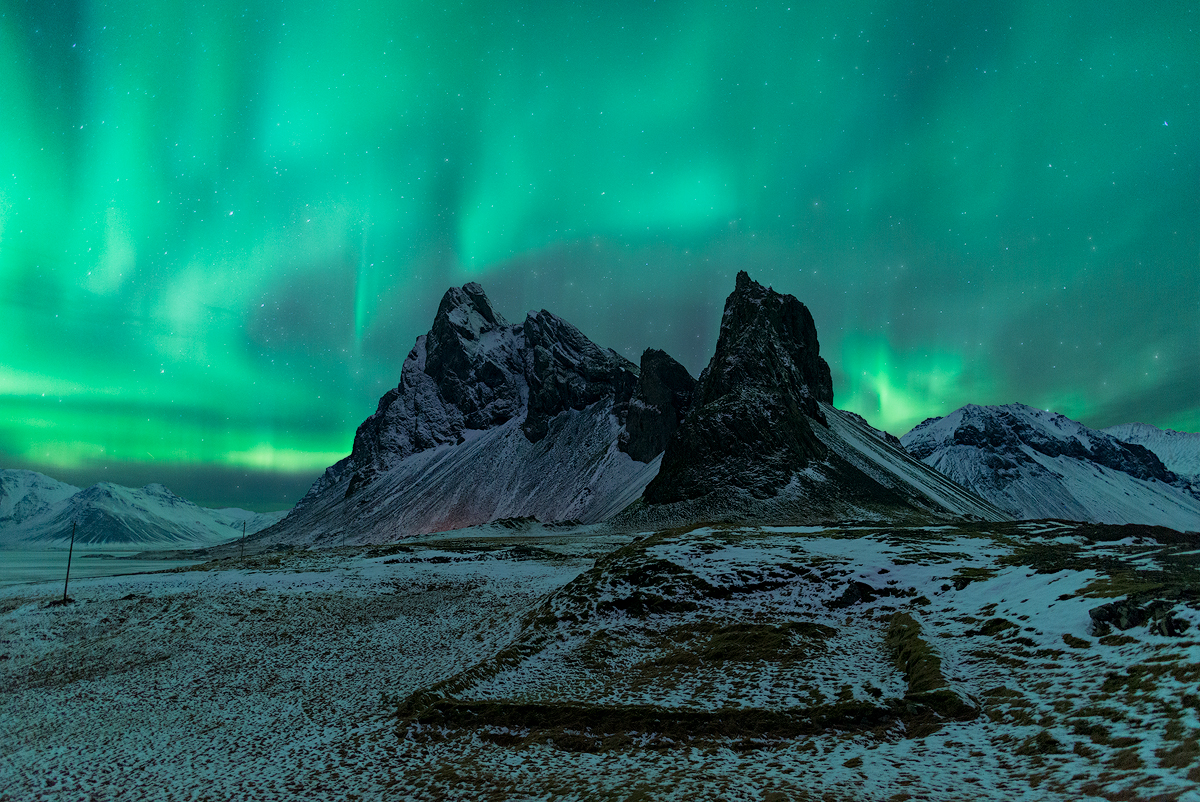 #6 One of the shots I did miss the last time I was in Iceland did work out this time around. Usually it seems to me as if the south eastern verges of the island are dealing with a lot of rain, more so than other regions. While I know it’s not true I had to pass by this mountain more than one time not getting the shot. So finally getting this shot felt really good. 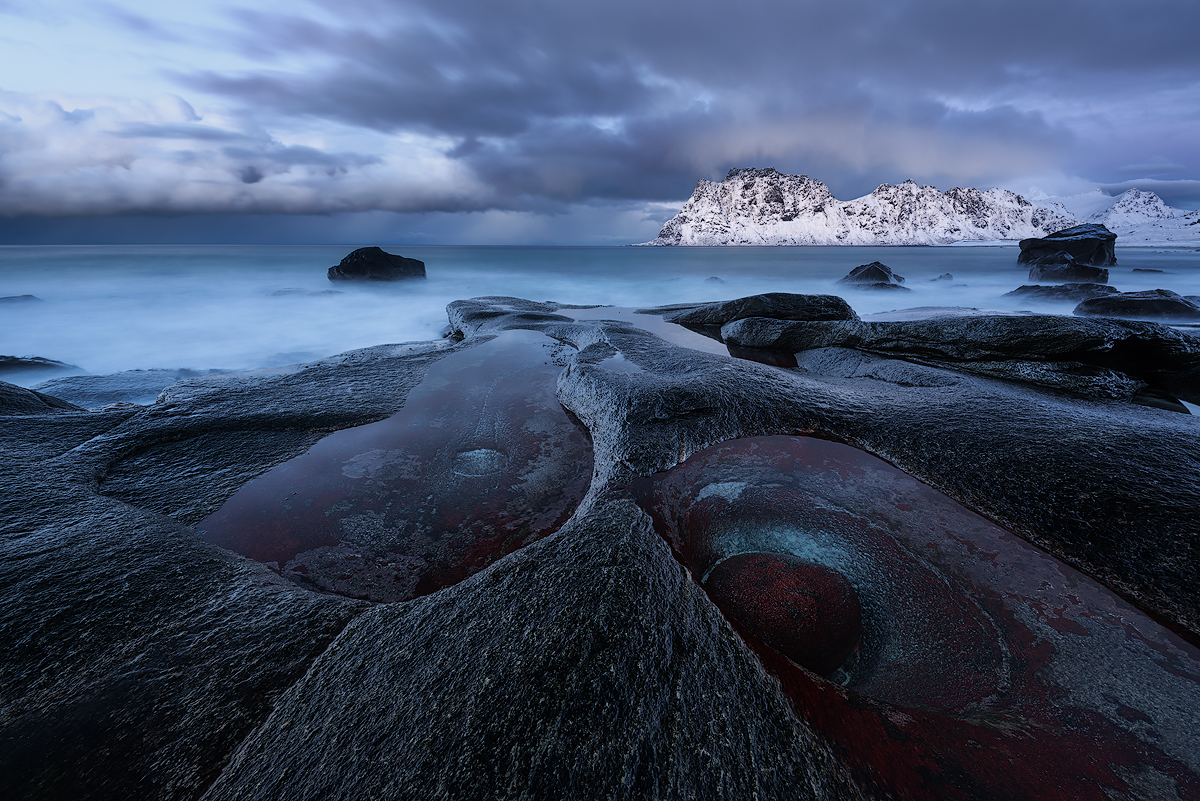 #5 Another one of the shots that I had in my mind for ages but never became reality until just a few days ago this wintry rendition of the Uttakleiv shot just felt so nice to shoot as there was no one around but my friend Jonas. At a spot that can see multiple workshops at a time in winter. And the little bit of indirect light hitting the mountain and clouds just were the cherry on top. 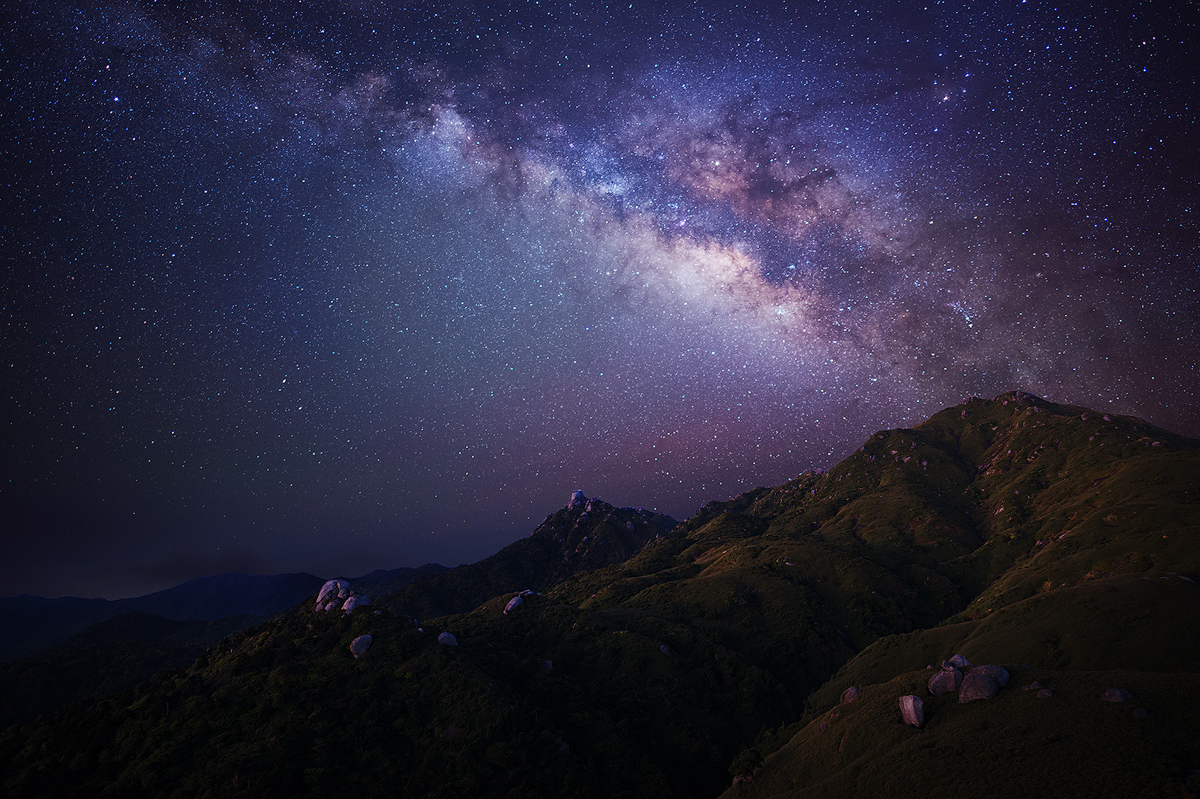 #4 This is a shot that may not seem that inspiring, but for me it is one of the examples what exploration can result in. Phil and I spent a week on Yakushima in late May this year exploring the island of Yakushima and hiked for four days in the mountains. Something that was not without it’s exhaustive extremes, as the island – the rainiest place in Japan – had not seen much rain in the upper parts and most springs were dried up so we had to go a day without water which was kind of frightening to me and led to us cutting the hike short not spending as much time in the mountains as we had hoped, hurrying down the mountain again to find water. Yet, before we ran out I took this shot on one of the highest points of the island with the milky way in full display and absolutely no light pollution as the next light source behind it may as well be something beyond Antarctica. The shot is a sort of culmination of the hardships we went through on the island, walking with 25kg back packs in in 25° and above with almost 100% humidity. 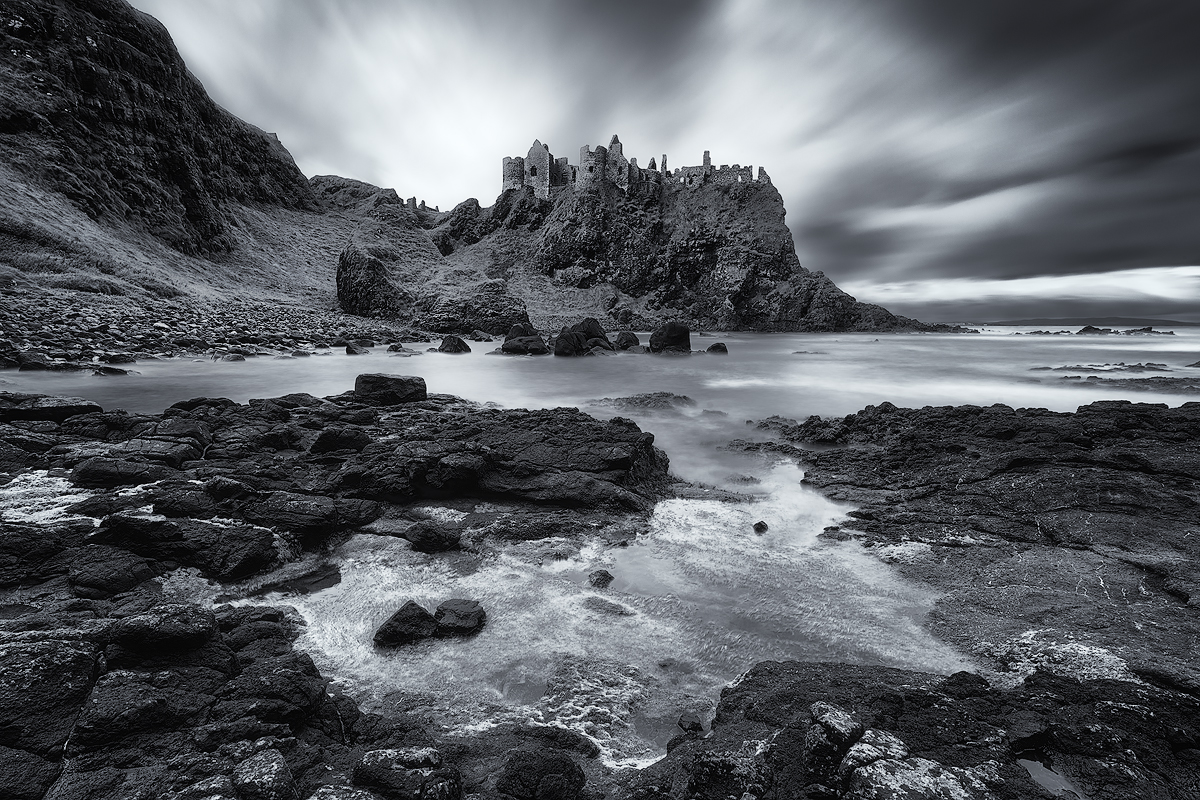 #3 This castle is another shot from Ireland and the best black and white shot I took this year. It makes the list simply because there is little I love more than the grit of the foreground texture and the structures of the castle and the clouds overhead. Ireland was just so productive.

#2 There is nothing more breathtaking than the glacier lagoon in Iceland some say. Even more so in early January with gentle pink light being reflected from cirrus clouds onto the glaciers behind it. I was awestruck when I took this adoring the colors going on. This could easily be my number one as well. 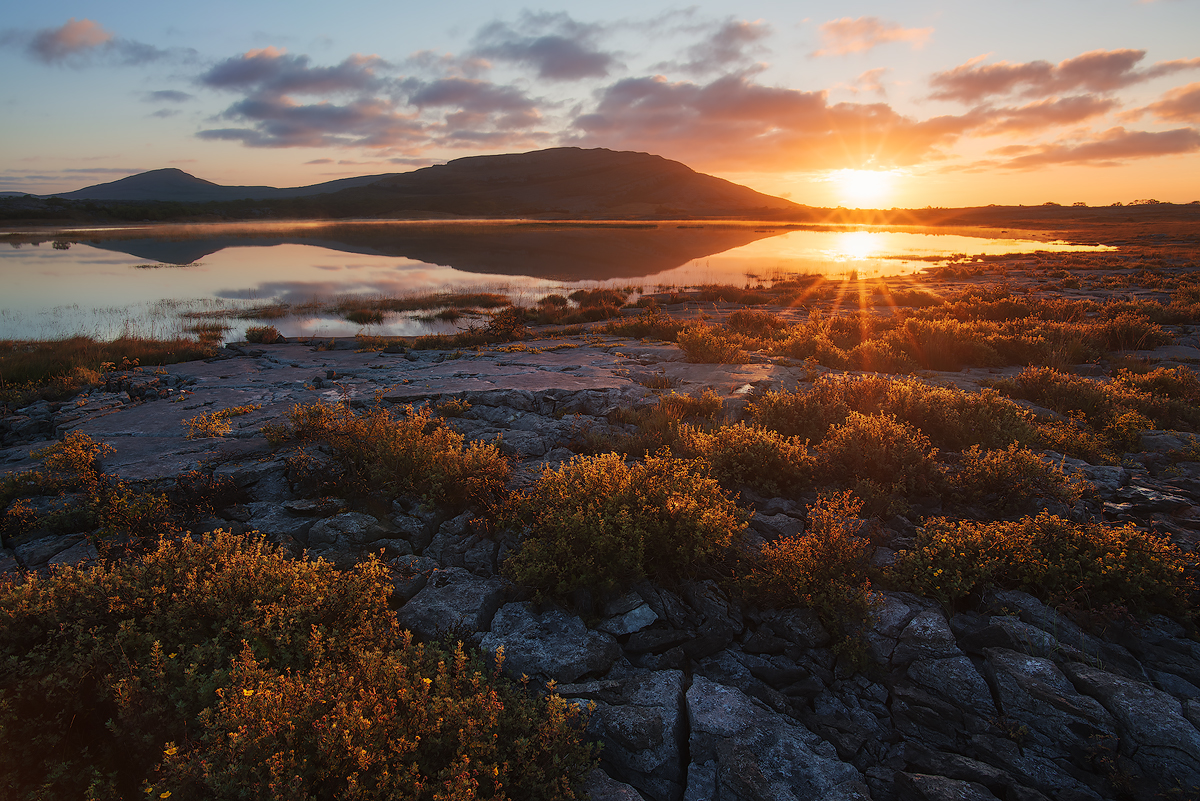 #1 And for the final shot I selected my favorite sunrise I’ve ever taken. A spot no one seems to have shot so far with a good composition, no one around for hours, great weather and light conditions and an atmosphere so quiet and peaceful I can say it was my favorite shooting of the year and a brilliant finale to my Ireland trip.

A pretty successful year, but much remains to be done and many doors have yet to be opened. So for 2018 I set my goals on holding more international workshops (check out my workshops if you are interested). As far as travel goes I have many ideas, but none of them are really finalized so far. So as opposed to my last retrospectives I can’t really say what I will be doing in terms of private shooting the coming year. There is just so much to revisit and explore on this earth. But some of the ideas are, Tenerife Revision, Rügen Revision, USA during Indian summer, Norway (not Lofoten) and the annual alpine hiking trip.

And with that I hope to see you all in 2018, see your shots, listen to your stories and hopefully meeting some of you somewhere out on the road! Good luck and good light for the next year y’all! May all your hard work pay off!