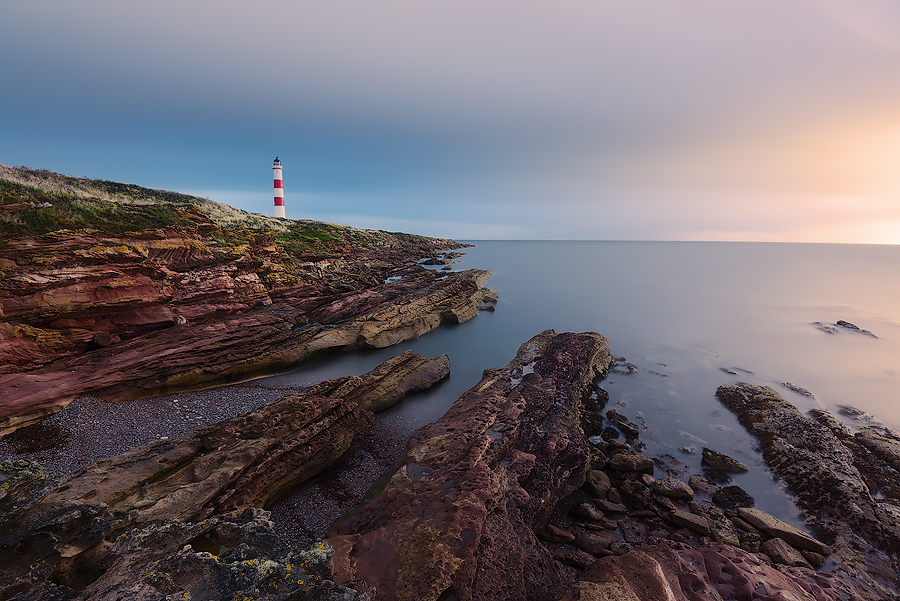 When long exposures aren’t long enough, despite using an ND Filter, what do you do? Right! Get a ND filter that blocks more light! The shot above was exposed for 167 seconds with a only single filter at f/8 (so no need to stop down) and ISO 125 during a pretty bright sunrise situation. So what filter did I use to achieve this?

It has been a while since Haida have introduced their Nano Pro series and have updated their filter register slowly but surely with the entire range benefiting from the new nano coating. Their library is very extensive and contains some rarities other manufacturers do not offer at all. One of these is the Haida NanoPro MC ND3.6  which can be purchased in 150mm, 100mm and different screw-in sizes, depending on your filter thread.  Reason enough for me to test it and see what it brings to the table.

For all those not familiar with the acronym ND, it basically stands for neutral density which means the filter only allows for a fraction of light to pass through, allowing for longer exposures. So far I have always used only two different filters of this kind for my photography: a ND64 and a ND1000 which can also be called ND1.8 and ND3.0. These filters have a transmission rate of 1,56% of the original light and 0,1% respectively. The former I use as a general purpose for waterscapes of all kinds and the latter for long exposures in the field of architecture and landscape, where I want the clouds to be smooth.

Now, sometimes the exposures in a bright daylight situation can be quite short however. Let’s say we have a 1/500th of a second, this means even with a transmission rate of only 0,1% we end up at about 2 seconds of exposure time. That is with a ND3.0 in front of the lens, and by no means enough to cause streaking in the clouds. If we apply the ND 3.6 we end up at around 10 seconds because its transmission rate at roughly 0,018% is even less. At 10 seconds depending on the wind we can end up having blurry clouds, and maybe a single aperture step down is enough to get the desired result. I need to address however, that all these numbers are approximation since the light meter of cameras works different per body and not all filters are exact when it comes to the transmission rate, due to series deviations, there can be aberrations of a stop here and there. I once owned a B+W ND1000 for example which was a stop to dark and a Hoya ND400 (which is basically also a ND1000 / ND3.0 despite the name) which was only a 8 stop filter and two stops to bright. Haida’s products are fairly spot on however, just to anticipate the question that I might have raised with giving these examples. 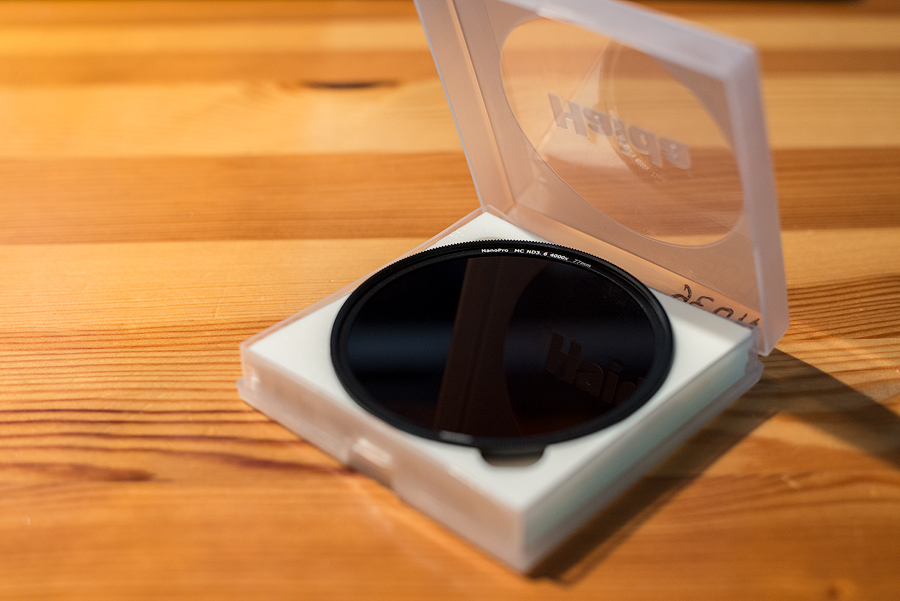 Let me illustrate the difference between exposure times with an example from my recent trip to Ireland (note that all these comparison images are not edited at all to provide a look as neutral and as close to the raw as possible). Here you see a typical, good weather, light situation where the ND3.0 just was not enough and the ND3.6 came in quite handy:

The latter is definitely smoother and offers more dynamism with the exposure coming in at two stops longer.

Another example makes it even clearer how the difference can manifest itself:

Speaking in numbers the difference with the same f-stop and same ISO in the first example is 30 seconds to 127 seconds and in the second it is 30 seconds to 127 seconds as well. This illustration quickly unveils that if we start out with exposures around 1/40th of a second this translates as 130 seconds, about 100 seconds more which make a big difference when it comes to the clouds, or any sort of slow movement. With a Haida NanoPro MC ND4.5 the exposure would be even longer with around 4 1/2 minutes. But that might a tad to extreme even for my usage – though I reckon there are people that may utilize even a filter that dense. So just to bring it to your awareness Haida offers even denser filters.

Now some may ask, if this sort of effect i.e. a longer exposure could be achieved with stacking filters, and while this is true it has some downsides to it which makes the solution of using only one filter way more practical. First off, there is the fact that most screw-ins if stacked – even when they are built as a slim filter – can cause vignetting with ultra wide angle lenses as seen in the image below.  It is taken with a Nikon 16-35 lens with two filters stacked, one ND filter an a circular polarizer. The vignetting does have a lot to do with the lens itself however, but the issue is widespread with most UWA lenses. 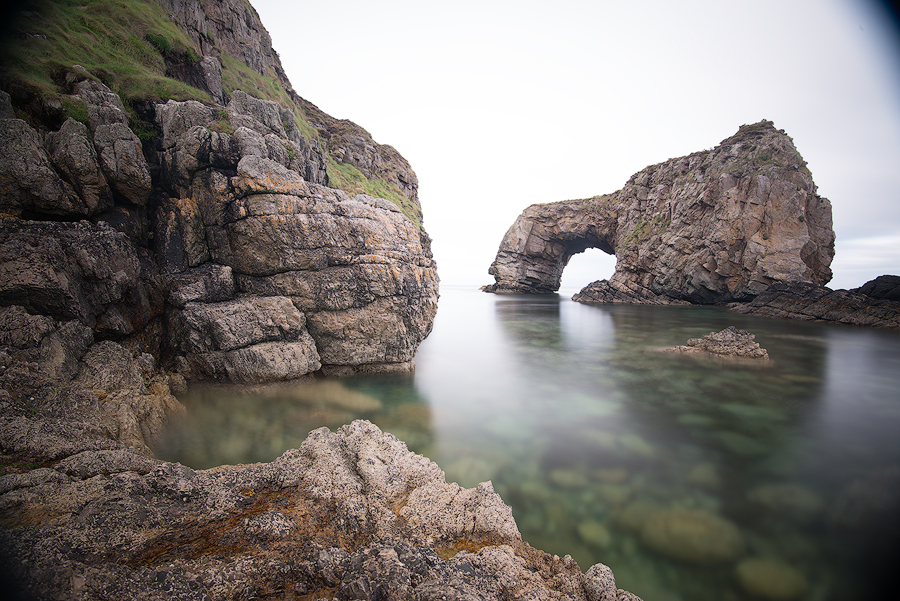 When using square filters, a single as opposed to multiple filters also heralds some clear benefits as there is no way to be plagued by reflections in between the different filters in case the angle of light is unfortunate and results with it bouncing in between the filters, causing light artifacts as seen below. Here I applied an ND, a GND and a CPL filter on a Nikon 14-24 without using cloth to shelter the filters from stray light, simply because the wind was so strong my black cloth I usually use was always getting in front of the lens and on top of that was still wet from shooting in the rain the morning before. 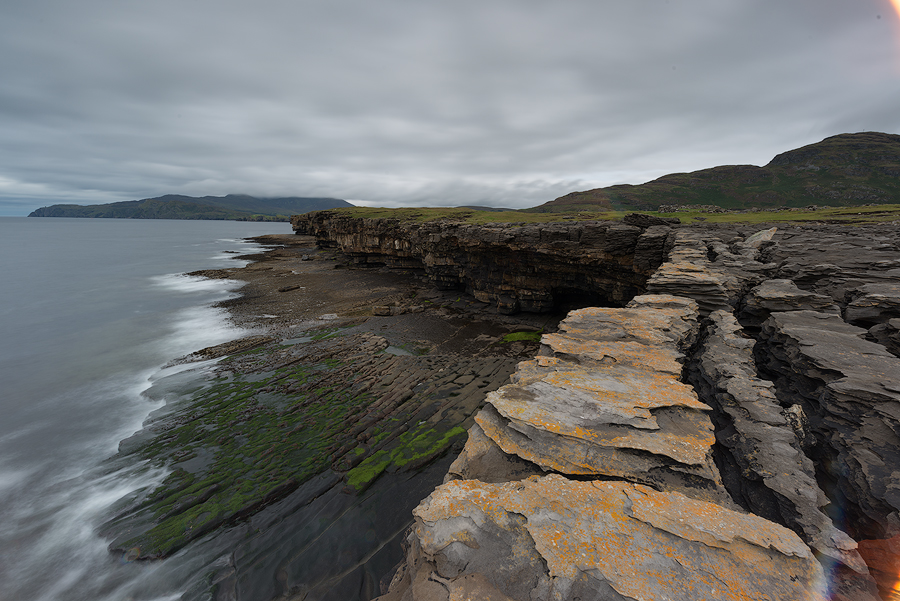 So I hope this shows my reasoning why I deem getting a ND 3.6 as a very good option as opposed to stacking multiple filters. Now, how does the Haida NanoPro MC ND3.6  do its job, is it good?

The first thing that people always jump on when examining filters is the color aberration and how the filter affects the white balance of the image. For this let me give you a quick example:

Both images, original and modified, where taken in direct succession to prevent any changes in the environmental lighting. The original image was taken at a 1/400th of a second, whilst the filtered one was taken at 20 seconds which resulted in about a stop more than I had originally calculated with the ND Filter Calculator on my mobile phone. I prefer exposing to the right so this was not an issue however. Colorwise there is not much left to be desired, both images were shot at a manual WB at 5300k and +7 and look accordingly. If anything there is a slight green color cast on the Haida Filter, but even on my calibrated monitors it is barely noticeable. I would say the glass quality is near perfect. It is more visible in the above comparison of the old ND3.0 and the new Nano Pro ND3.6 further up, because the old filter has a slight margenta cast.

Here another example, showing the same near perfect result. The first frame taken at 1/80th of a second and the second one at 50 seconds, both at a manual WB of 4900k and +15:

Such minor changes in white balance can easily fixed during the raw development phase with dragging one slider to the right, so it is a non-issue entirely. While I tested the filter I came across another photographer who used a different brand of filters, asking me if the Haida filters caused any sort of noticeable drop in sharpness or cause other visual artifacts which would bother pixel peepers like him.  Something that had never occurred to me because I never found anything of this sort with any brand of glass filters (resin is another story though). But, for readers that may have the same question, here’s a 100% comparison of the above shot. Again there is nothing to be found which could be considered as visual difference at all.

One other aspect I want to shed light on is the Nano Pro coating which Haida apply to finish their newest product range. At first I was thinking it’s a mere marketing thing and does not hold any inherent advantage. But I was to be proven wrong quite quickly. As compared to their old filter range, of which I have quite a few since I used their filters long before I became a brand ambassador, the newer range is way easier to clean due to the coating. On my last two trips used the filters to shoot seascapes with spray, for among other locations at Talisker Bay in Scotland and usually, after a short while, the salt and spray in the air cause smearing on the filters if cleaned. This is a common problem for landscape photographers, even if cleaned with a suitable micro fiber cloth. Not so with the Nano Pro coating, it was a pleasant surprise to not have any smearing or streaks at all, which now makes me want to upgrade my entire filter set to the new Nano Pro series. Below you can see the 77mm diameter screw in version of the filter with its reddish, almost scarlet look which is Haida’s signature look for the series. 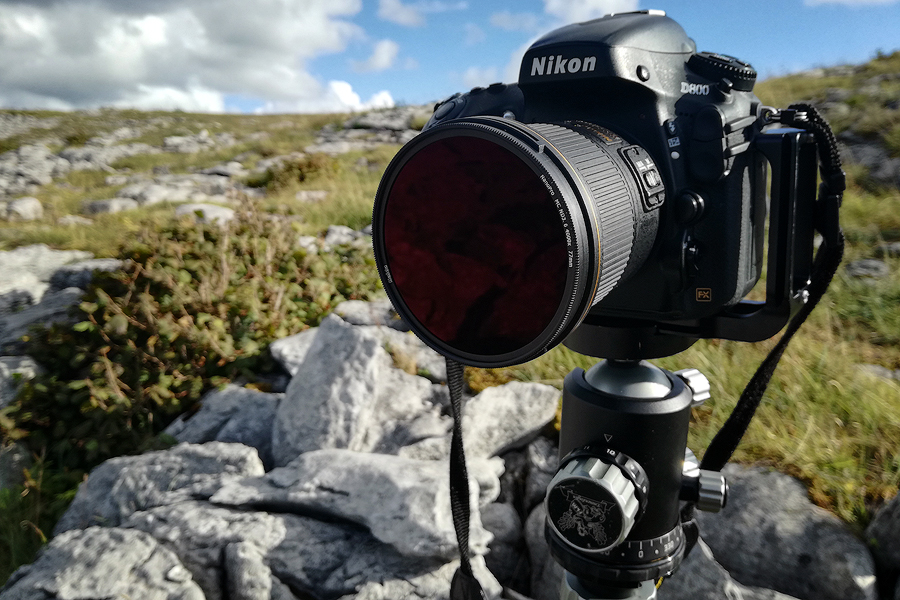 For situations where the sun shines and I do not want to stop down simply to make sure I can use the respective lens‘ sharpest aperture value the Haida NanoPro MC ND3.6  is exactly what I need for really long exposures for seascapes and also for architecture. I give you one last example below, where I shot the famous Downpatrick Head in Ireland on a sunny afternoon. The original exposure value had been 1/100th of a second whilst the long exposure was 40 seconds instead of 10 seconds which I  would have achieved with a regular ND3.0, giving me the smooth sky and water I wanted at the optimal aperture value of f/9 where my Nikon 16-35 f/4 is sharpest. 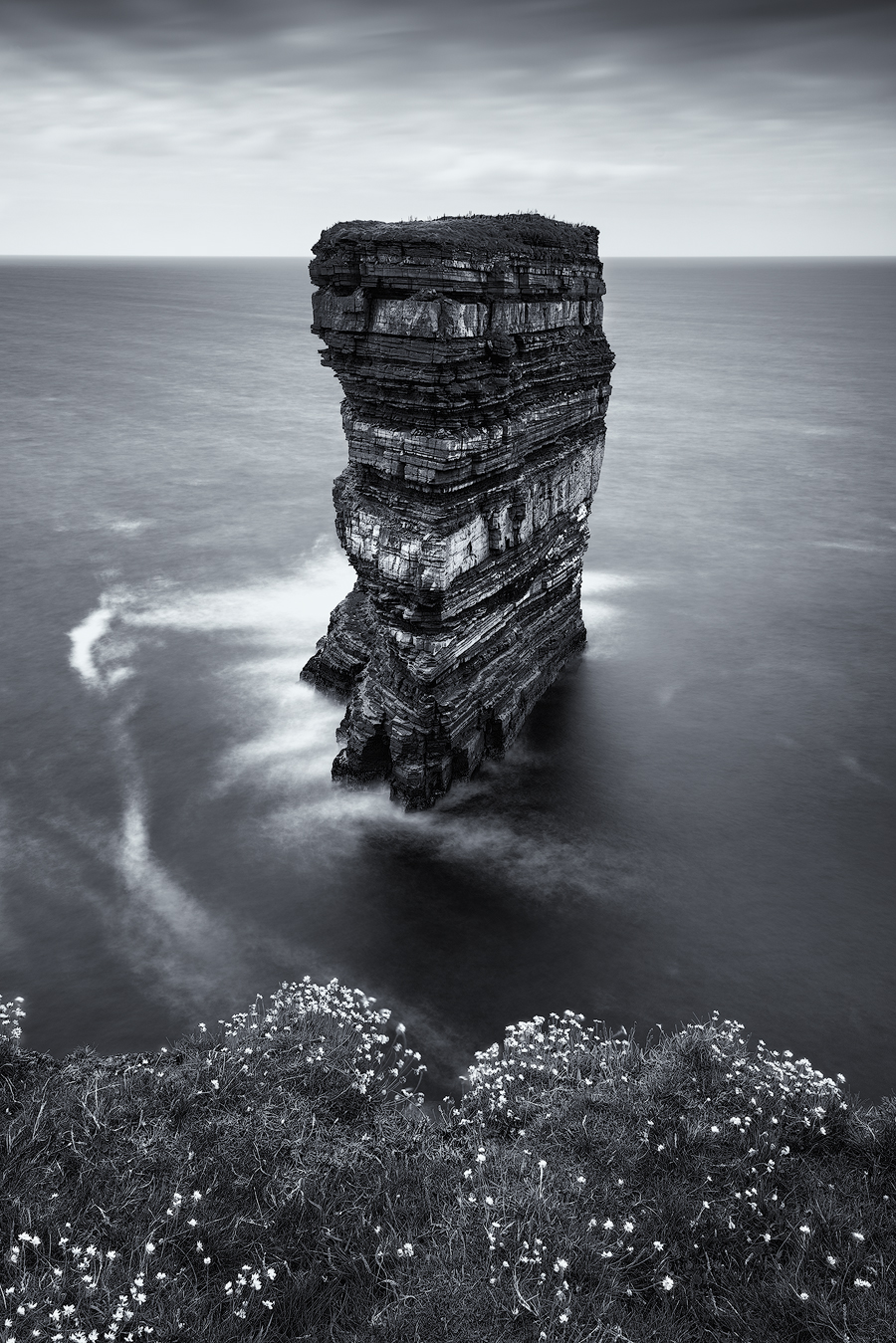